What Are Academic Offences?

This guide brings together information and resources to help you develop good practice in your academic work, and to avoid the risk of committing academic offences. 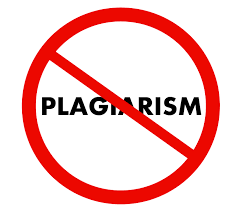 Plagiarism is when you present someone else’s work, words, images, ideas, opinions or discoveries, whether published or not, as your own. It is also when you take the artwork, images, creative practice or computer-generated work of others, without properly acknowledging where this is from or you do this without their permission.

You can commit plagiarism in examination but is most likely to happen in coursework, assignments, portfolios, essays, dissertations and so on.

Examples of plagiarism include:

It is important that you do not plagiarise – intentionally or unintentionally – because the work of others and their ideas are their own. There are benefits to producing original ideas in terms of awards, prizes, qualifications, reputation and so on. To use someone else’s work, words, images, ideas or discoveries is a form of theft.

Plagiarism is something that is taken seriously not only at university but also in the wider world; politicians, writers and academics have had their careers ruined when plagiarism was discovered in their past.

Collusion occurs when two or more individuals collaborate to produce a piece of work to be submitted (in whole or in part) for assessment and the work is presented as the work of one student alone.

If students in a class are instructed or encouraged to work together in the pursuit of an assignment, such group activity is regarded as approved collaboration.

However, if there is a requirement for the submitted work to be solely that of the individual, joint authorship is not permitted. Students who, improperly, work together in these circumstances, are guilty of collusion.

Examples of collusion include:

Cheating is when someone aims to get unfair advantage over others.

Examples of cheating include:

Fraud occurs when someone has deliberately and knowingly allowed or paid another person to do their work, or sit an examination for them.

Examples of fraud include:

Full details of assessment offences and penalties are available in the Academic Regulations.

In exceptional circumstances, where assistive technology is not a viable option, proofreading may be recommended.

There is a significant difference between proofreading and editing.

If a student receives proofreading support they must follow these principles:

A proofreading service may:

A proofreading service must not: